Hi! I'm Danni, I trained with PA for my NCTJ qualification and am the Lifestyle Editor for The Indiependent. I have written on topics from mental health to theatre and everything in between. I specialise in health, lifestyle, and film. For updates on all my new articles, follow my Twitter. Please contact me via the form if you wish to commission me. 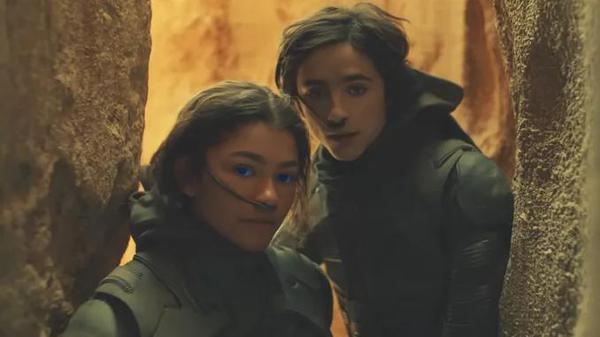 There is a long lineage of science fiction novels taken on by cinema that fail to capture the magic of the original books. The original Dune film – Dune (1984) – is one of these relics, disappointing fans of the cult novel and sci-fi alike. However, Dune (2021) goes a long way to wiping this 80s faux par out of cinema-goers minds. Director Denis Villeneuve’s vision for this epic sci-fi sits at an impressive 82% on the review website Rotten Tomatoes’s much revered ‘tomato-meter’ – almost doublin 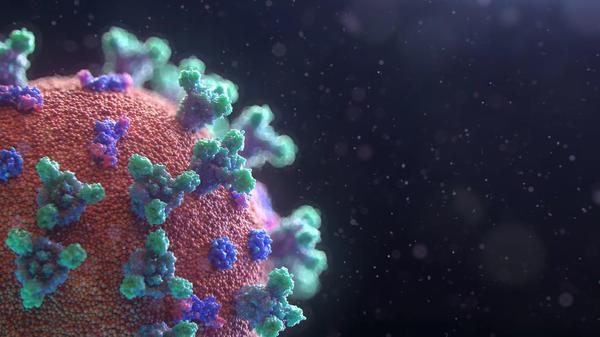 Omicron variant: How effective are the Covid boosters against new strain?

Booster jabs are being offered to over 18s in an attempt to protect the population from the latest Covid-19 variant, Omicron. Prime Minister Boris Johnson warned in his address to the nation that the Omicron variant is spreading fast with cases doubling every two to three days. The government has launched a campaign calling for everyone to get a booster jab to stop the spread. ‘Omicron Emergency Boost’ is a renewed push for booster vaccines based on evidence from the UK Health Security Agency 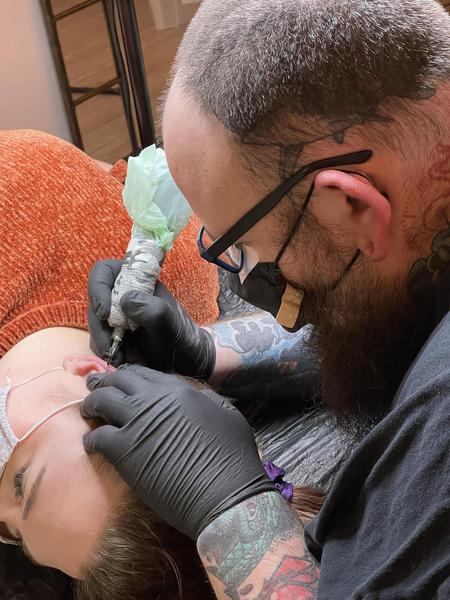 Why are tattoo artists completely booked up?

Careers and tattoos have long been a point of debate with advice often being to hide your tattoos when going for job interviews for fear of negative stereotypes. However, in 2019, Hrnews found that in some professions it might be preferential to have tattoos - 65% of people prefer fashion designers with tattoos. But this positive response is dependent on your career path as under 10% of people prefer tattooed MPs or lawyers. A massive 75% and 63% of people said they would prefer MPs and lawyers 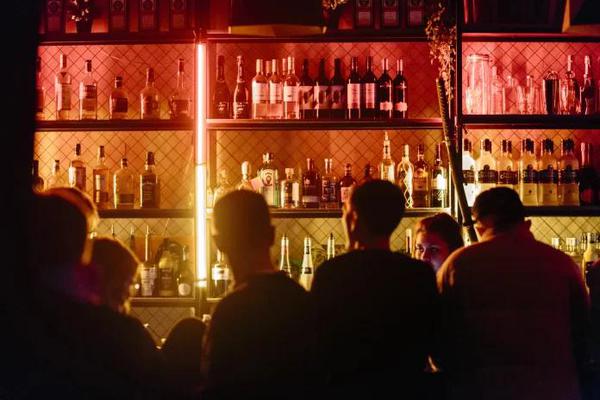 During lockdown many people found comfort in the arms of Netflix, baking, and home workouts but they also found comfort in drinking excessive amounts of alcoholic beverages. While the average amount of units consumed across the country decreased during lockdown, 36% of individuals began to drink more, according to a self-reported study of 1,346 people by the University of Cambridge. The Cambridge study also found that older generations were more likely to drink compared to younger. This was es 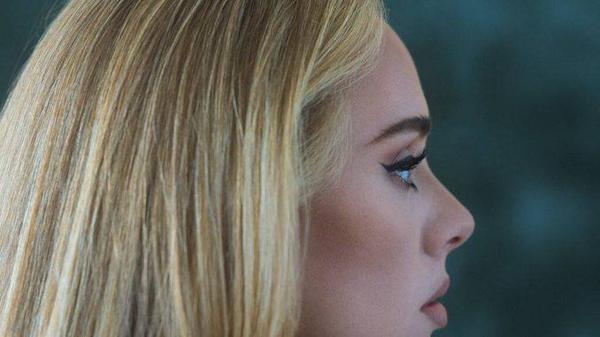 At this point, it’s probably fair to say that Adele is a British icon. From her debut album 19, released in 2008, to the last offering of 25 in 2015, she offers soulful ballads with powerful vocals. Six years later, the Adele drought is over and she has released 30, an album in line with her previous works, rich in heartbreak and humanity. The adoration of Adele Adkins is evidenced by the outpouring of love for her during ITV’s An Audience with Adele which aired 48 hours after the album dropped 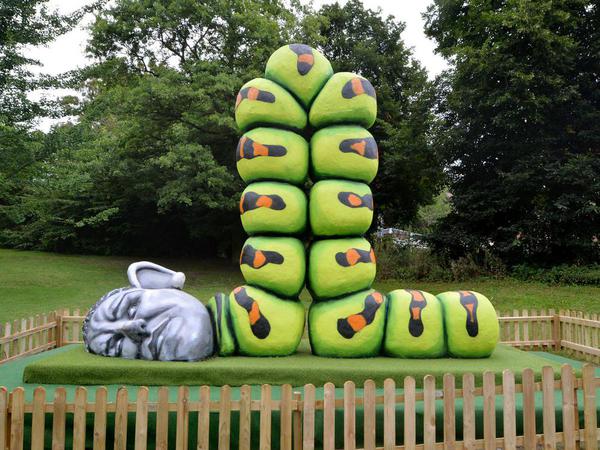 Named 'Is It Safe Out There', the caterpillar with a man's head was constructed for the Sky Arts competition Landmark and sits in Dale End Park, Ironbridge. Residents expressed concerns over how children would react to the sculpture and whether or not it is in keeping with the local area but others believe it to be an exciting addition to the World Heritage Site. 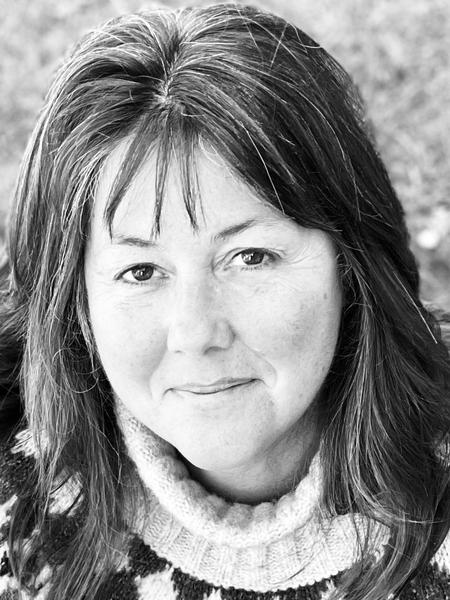 TW: Themes of abuse and violence against women and girls feature in the interview and Breakneck Point. Tina Orr Munro has always wanted to be a writer. When she was 14 years old she wrote her very first novel, an impressive feat until she admits that it was “completely ripped off a book [she] had literally just read.” But Orr Munro’s new novel, Breakneck Point, is promising to be a much more successful story. Due out in April 2022, Orr Munro’s book follows CSI Ally Dymond who has been moved to 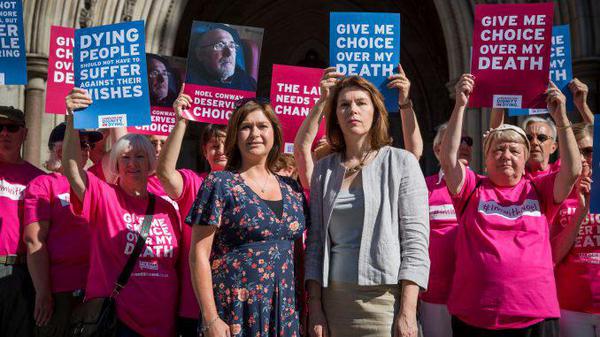 Assisted dying laws give UK residents “a choice between suffering, Switzerland or suicide.”

In June 2015, Lord Falconer of Merton presented a bill to the House of Lords. It would allow those who were terminally ill to end their lives at a time of their choosing. The bill did not pass its second reading but now fellow peer Baroness Meacher, a crossbencher and life peer, has resumed Lord Falconer’s campaign with a new Assisted Dying Bill. Since the last bill six years ago, the discussion around bodily autonomy has come to the forefront of society. Switzerland and Oregon in the United St 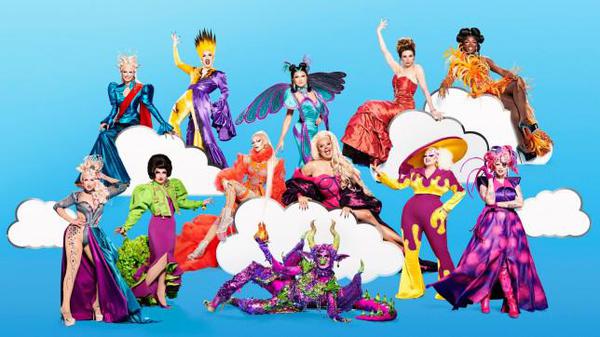 We’re back for another week of drama, drag and delight as week three of RuPaul’s Drag Race UK kicks off. Last week saw Electra Fence sashay away and left us on a nail biting cliff-hanger with poor Victoria Scone and her injured knee. Victoria isn’t the only excitement though with Vanity Milan on thin ice and Krystal Versace’s two wins in a row. Can Krystal keep up her winning streak? Let’s dive in to week three with extra special guest Nicola Coughlan! After a short recap of Electra’s eliminat 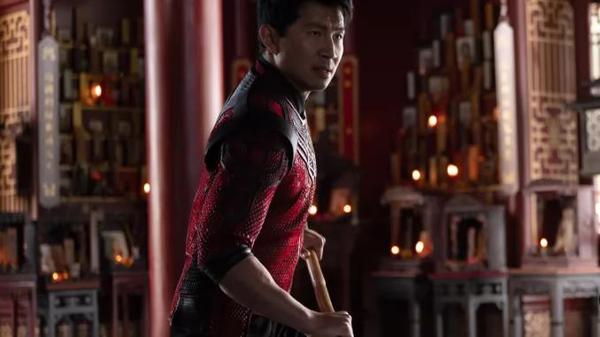 The Marvel Cinematic Universe is well established in our lives by now. We’re over 10 years and four phases into this world and most of us have embraced its weird and wonderful offerings with little objection save a few missteps – looking at you, The Incredible Hulk. After the somewhat cookie cutter Black Widow didn’t have quite the punch fans expected, Marvel needed something a bit different to enamour fans once more. Enter Shang Chi and the Legend of the Ten Rings. We’re introduced to the po 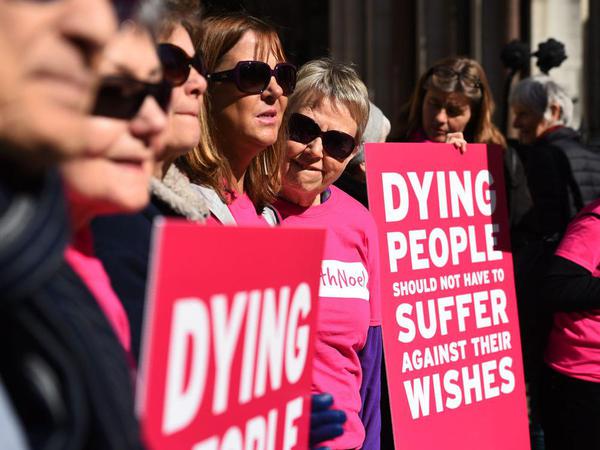 ‘Can’t we do better?’, asks peer behind Assisted Dying Bill

The death of a family member left “an indelible mark” on the life peer behind the new assisted dying legislation proposed in the House of Lords, she has revealed. Baroness Meacher appealed for society to “do better” as she reflected on how a relative with liver cancer took their life more than 40 years ago. She told the PA news agency: “I just thought, how lonely is that? How awful. And she can’t have been certain that it would work. Her Assisted Dying Bill, which will have its second reading 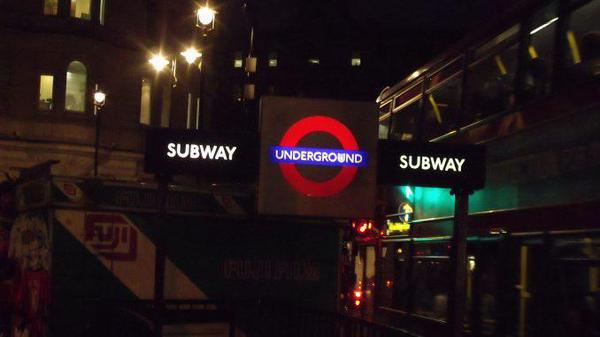 Sadiq Khan announces return of night tube but only partially

Mr Khan addressed concerns about the safety of women in the capital by reopening the two busiest lines, the Central and Victoria, from 27 November. He told an audience at City Hall: “This is personal to me as I was the mayor who launched the night tube back in 2016 and I know how important it’s become.” A petition, started by 26-year-old Ella Watson from London, to bring back the night tube was signed by over 157,000 people and many online celebrated the return of the service. Violence agains 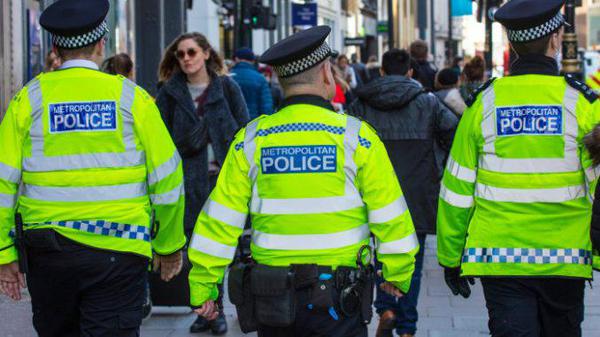 An inquiry into police behaviour has been launched in the wake of the recent accusations of misogyny and violence against women, says the Mayor of London. The Metropolitan Police has agreed with Sadiq Khan to implement Baroness Louise Casey as the first independent reviewer of police culture and standards. The inquiry will investigate reports of misogyny, systemic failures regarding the safety of women and examine policing elements. This includes reviewing areas such as recruitment, training, 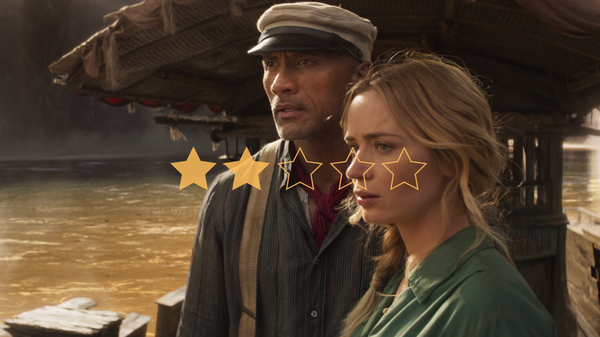 Disney looks once again to start a new franchise from one of their theme park rides, but ‘Jungle Cruise’ fails to thrill us. Disney’s latest live-action outing comes to us inspired by a theme park ride. Jungle Cruise has finally arrived on both silver screen and streaming services despite years of sitting in pre-production hell and a year-long covid delay. Boasting a star-studded cast and something different for the viewers to sink their teeth into, Jungle Cruise has a lot to live up to in the 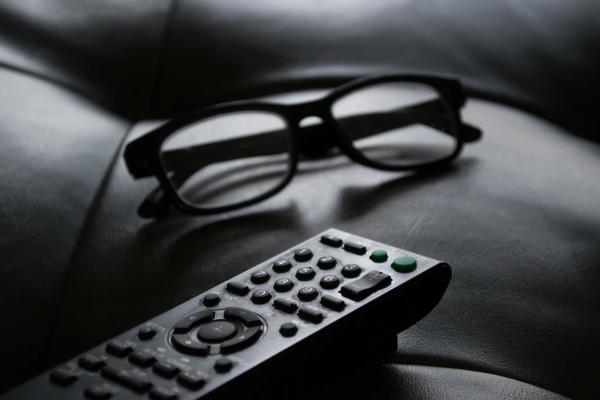 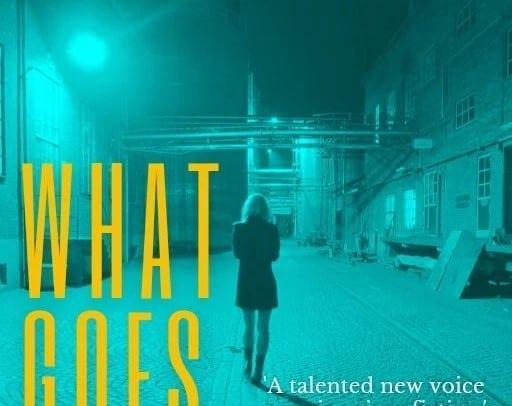 We all love a bad boy, don’t we? But maybe not if he’s a suspect in a murder case. Ann Bloxwich plays with the bad boy trope and subverts expectations in her debut novel What Goes Around. She wastes no time, diving us headfirst into the action before threading together a gripping story. Bloxwich’s humour shines through immediately, as she introduces us to a group of friends attending a strip show hosted by the glorious drag performer Kitty McLane. This humour is prevalent throughout but is nuan 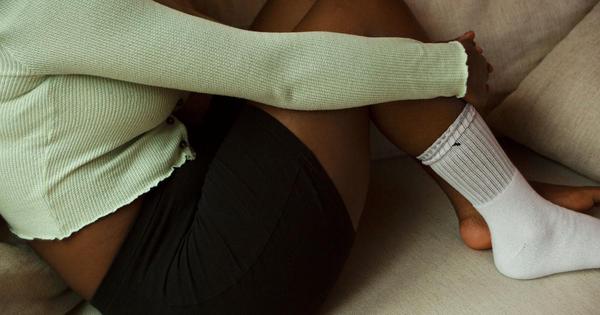 Fibromyalgia Mainly Affects Women, So Obviously We Know Very Little About It

The core issue preventing easy diagnosis of fibromyalgia is that symptoms vary and can be intermittent. There is no specific test for the syndrome as it does not show up in blood tests. Instead, sufferers are given a clinical diagnosis, often from a rheumatologist. The symptoms aren't easy to manage, either. Main symptoms include chronic fatigue, musculoskeletal pain and cognitive issues, known as ‘brain fog’. Sufferers can also face anxiety, headaches and gastrointestinal conditions such as irr 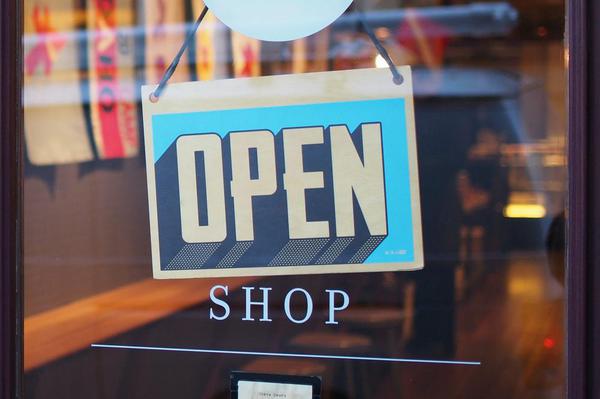 Retail Workers’ Health Has Been Abandoned By The Government

The term ‘essential worker’ is something many of us have become more than familiar with during the COVID-19 pandemic, encompassing anybody unable to stop working in public spaces due to their crucial jobs. Within this category falls retail workers. Those who work in supermarkets or pharmacies have continued to go into work every day for the last year, protected only by a mask and the occasional bit of plexiglass. Described by many as a thankless role, they deal with the whims and, more often, th

The Truth Behind Skincare Favourite Squalene

Cruelty-free is a common phrase across makeup and skincare, with fluffy animals as the focus for this movement. Testing on animals has been the battleground for animal rights activists for years, but it is not the only way that our products can bring harm to them. We often forget that animal products are used in skincare itself. A sinister ingredient lurks in our beauty products that many people are completely unaware of: squalane. Squalane (or squalene) is an oil that our bodies naturally prod 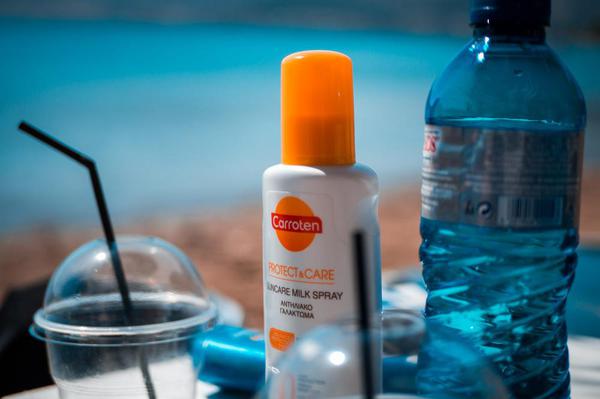 Why Sunscreen Should Be Part Of Your Daily Routine

“Make sure you put on your sunscreen” your parents shout to you as you run outside to soak up some vitamin D. We all know we should be wearing sun protection on hot days. Coating our arms and legs in cream that smells like summer, not forgetting to cover vulnerable noses and ears. This is something taught to us early on: we must protect our skin from overexposure to the sun. But we don’t bring that logic into everyday life. In the UK, most of us don’t wear sunscreen on a daily basis because th
Load More Articles
Close ✕